To save you having to come back to this page every time, simply click the orange button on the left to subscribe to my RSS feed. You'll get all the latest Nintendo Wii Explained info, tips and tricks delivered directly to your favourite RSS reader like Google, My Yahoo, My MSN, Newsgator and more...

Everything about Nintendo Wii explained clearly and easily 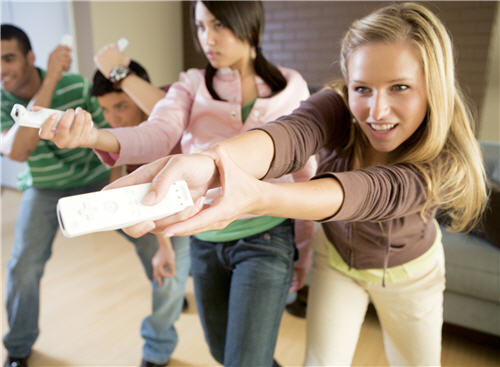 Answers all your questions about the Nintendo Wii console, video games and accessories. How it works, how to find a console in stock, and other important information.

Continue reading "Everything about Nintendo Wii explained clearly and easily"

Buy Wii Consoles, Games and Accessories all at Low Prices

At the Nintendo Wii Explained online store you can buy Wii consoles, Wii games and Wii accessories. We've got a huge selection of items, all at the best prices.

Mini Ninjas is an action adventure video game full of fun, excitement and charm. With a great story, fun gameplay, and thrilling combat, this is a review that's definitely worth reading.

Would you like to share your knowledge about nintendo wii? Great, find out how you can submit your story or tip here.

The Bigs 2 Review – Arcade Baseball Video Games at Its Best

The Bigs baseball video games bring arcade style action to America's favourite pastime. But is the Bigs 2 a grand slam home run or a strike out?

Vegas Gambling Comes to the Wii

A new LEGO Harry Potter video game has been announced for release...

You can now play Need for Speed Nitro for free on Facebook with the...

F1 2009 offers F1 racing fans an outstanding simulation of the world's most popular motor sport series. With all drivers, teams and circuits included in the game, find out why you shouldn't miss out.

It's Story Time on the Wii!

Children's stories and nursery rhymes come to the Wii in Story Book Workshop...

Continue reading "It's Story Time on the Wii!"

The Nintendo logo and Wii logo are Trademarks of the Nintendo Corporation.